Memory loss is a fairly common part of the aging process, but it’s not unique to seniors—everyone forgets things from time to time, whether we are unable to recall someone’s name or we forget what we came into the room to look for. Most of the time, this is nothing to be concerned with. In fact, did you know that age-related memory loss can begin as early as in our 20s?

A general decline in cognitive and neural function as we get older is normal because as the brain ages, it produces fewer neurotransmitters and the hippocampus, which aids in the memory process, also begins to deteriorate. These changes in the aging brain are very gradual, so we may not notice we’re having problems with memory or our ability to think until much later in life.

However, aging is not always the cause of impaired memory.

Memory disorders and memory loss can be triggered by high blood pressure, sleep deprivation, nutritional deficiencies, thyroid problems, substance abuse, medication, concussion or other head injury, stroke, or depression and stress. The good news is that the memory disorder caused by these factors can be remediated and the symptoms managed until memory function is restored.

Staying mindful of these particular triggers can help you avoid or ameliorate memory loss that stems from these factors. For instance:

However, for age-related memory loss that is not related to the factors noted above, there is currently no cure. That said, if those memory lapses go beyond the occasional misplaced item or forgotten word and interferes with the person’s ability to work, to live independently, or maintain relationships, that memory disorder could be serious and getting a diagnosis as soon as possible is important.

When a screening rules out normal, age-related memory problems or underlying health issues, the doctor may diagnose mild cognitive impairment (MCI), a memory disorder associated with impaired memory, language, thinking, and/or judgment. It is not dementia, which, according to Johns Hopkins Medicine, is “a syndrome that involves impairment in multiple aspects of mental ability, and is sufficiently severe that an individual cannot function independently.”

At the Lester Senior Housing Community, we understand that memory disorders—like the individuals who suffer from them—are all unique. It’s why our new Memory Care Suite provides an individualized approach to resident memory care, based on the Comfort Matters® philosophy of person-centered, holistic dementia care. Our memory care providers focus on each resident’s particular needs and comforts at all times and help foster enriching family and social connections to further enhance each resident’s overall health and well-being. 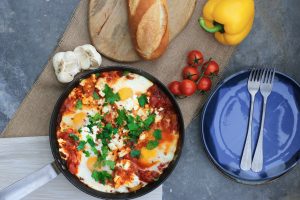 Shakshuka Recipe: Eggs with a Twist! 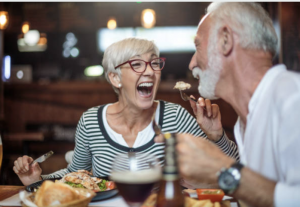 Time for a Vacation? Let us Care for Mom in Respite 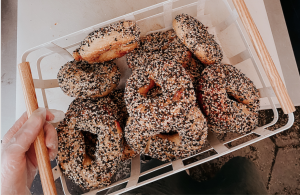 Bake Your Own Bagels With This Recipe