One of the most exciting events of Spring, especially for JCHC, has to be Passover! For those who may not be familiar, Passover commemorates the liberation of Jews from the Egyptian pharaoh as told in the Book of Exodus. Passover usually lasts between seven and eight days and begins with Seder. During Seder, families gather to retell the heroic story of how the Israelites escaped from Egypt, while enjoying symbolic food and drink like Charoset, matzah, and wine. But how did these symbolic traditions emerge and are they celebrated any differently today?

The Origin Story of Passover

In order to understand how the Passover traditions came to be, we have to go back to the beginning. As told in the Book of Exodus, the Pharaoh fears that the Jews living in Egypt will overpower the Egyptian people. With this in mind, he decides the best way to preven this is to enforce slavery and demand that male Jewish babies be killed in order to prevent further reproduction of Jewish people. The mother of Baby Moses refuses to accept this fate, and secretly floats him in a basket down the Nile river. Baby Moses is later found and adopted by the Pharaoh’s daughter coincidentally. When he grows older, Moses flees into the desert after killing an Egyptian slave master and encounters a burning bush of God. He urges Moses to go back to the Pharaoh and lead the Jewish people out of slavery.

Moses asks the Pharaoh to let the Jews go free from Egypt. Each time the Pharaoh says “no,” to Moses, God sends a different consequence (or plague) for Egypt. The final consequence is the most drastic: the slaying of the firstborn Egyptian child. In order to protect their first-born children from the angel of death, the Jews marked their doors with lamb’s blood, so that the angel of death would pass over them. The name “Passover” originated from the fact that God actually “passed over” the houses of the Jews when slaying the firstborn of the Egyptians. Passover is also known as “Pesach” in Hebrew, which is based on the root meaning “to pass over.” When the Jews were fleeing Egypt, the bread they had prepared for their journey did not have enough time to rise, thus Matzah was created and is now an integral part of this Jewish holiday.

How Passover is Celebrated Today

One of the most significant ways to commemorate Passover, that still reigns true today involves the removal of chametz from your home. This pays tribute to the creation of matzah and the Jews not having enough time for their bread to rise. It is also symbolic to the way Jews sacrificed their arrogance and pride in order to be free. Chametz refers to any food that has not been completely cooked within 18 minutes after coming into contact with water and contains the five major grains: wheat, barley, spelt, rye and oats.

Another major way to celebrate Passover, that is perhaps the most fun, is seder. Most Jewish families have at least one Passover seder, some choose to have two. Each food that is served during the Passover seder is symbolic to the origin story. For example, bitter herbs represent the bitterness of slavery and charoset (link to published blog when ready) represents the mortar used by the Jews to build structures under Egyptian rule.

If you’d like to know more about how we are commemorating Passover at Lester Senior Living, or if you have any other questions regarding our assisted living services, please contact us today. We’d love to hear from you. 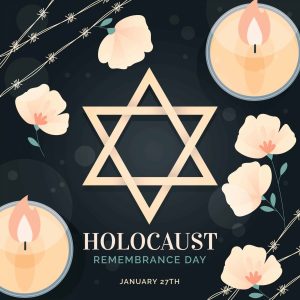